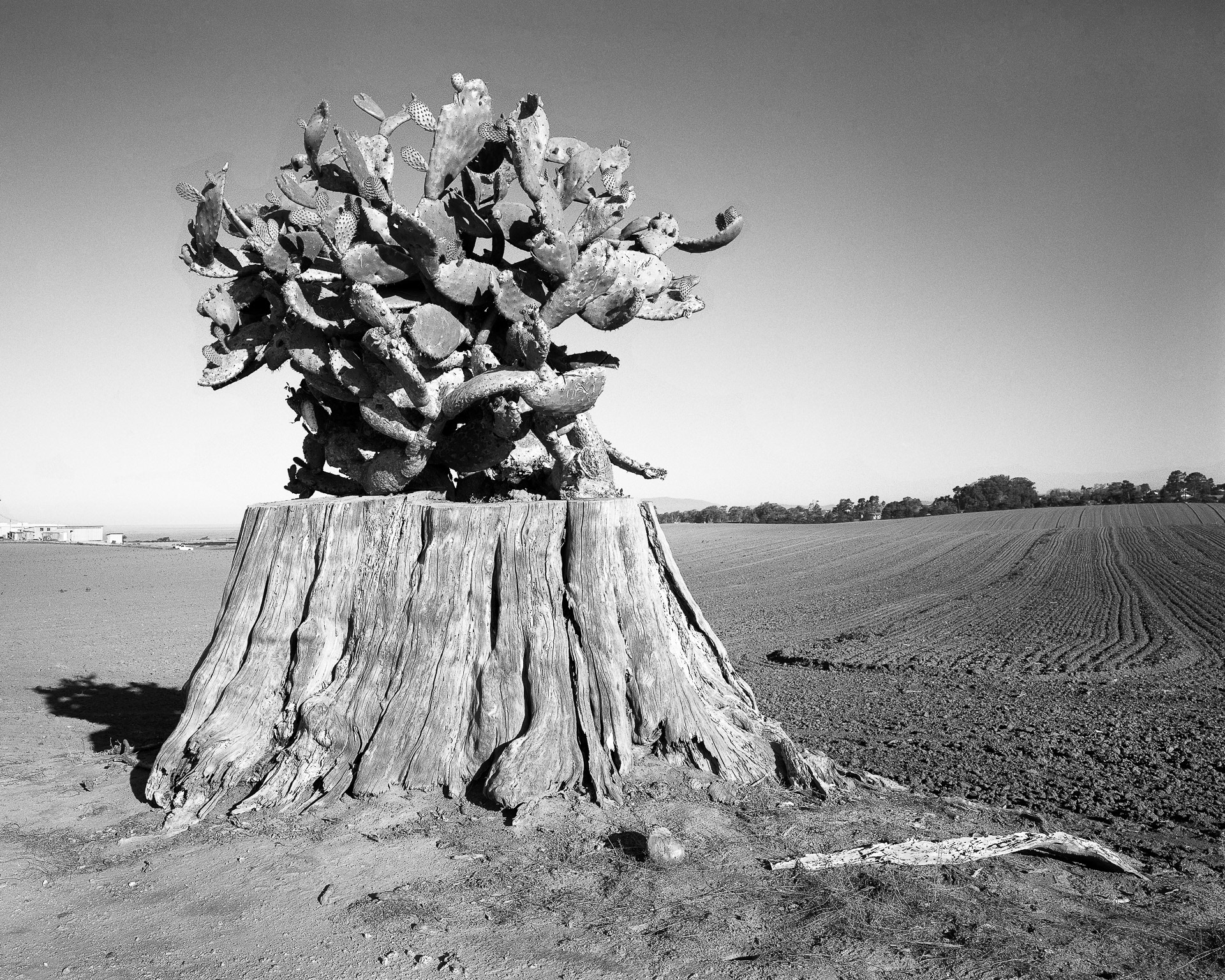 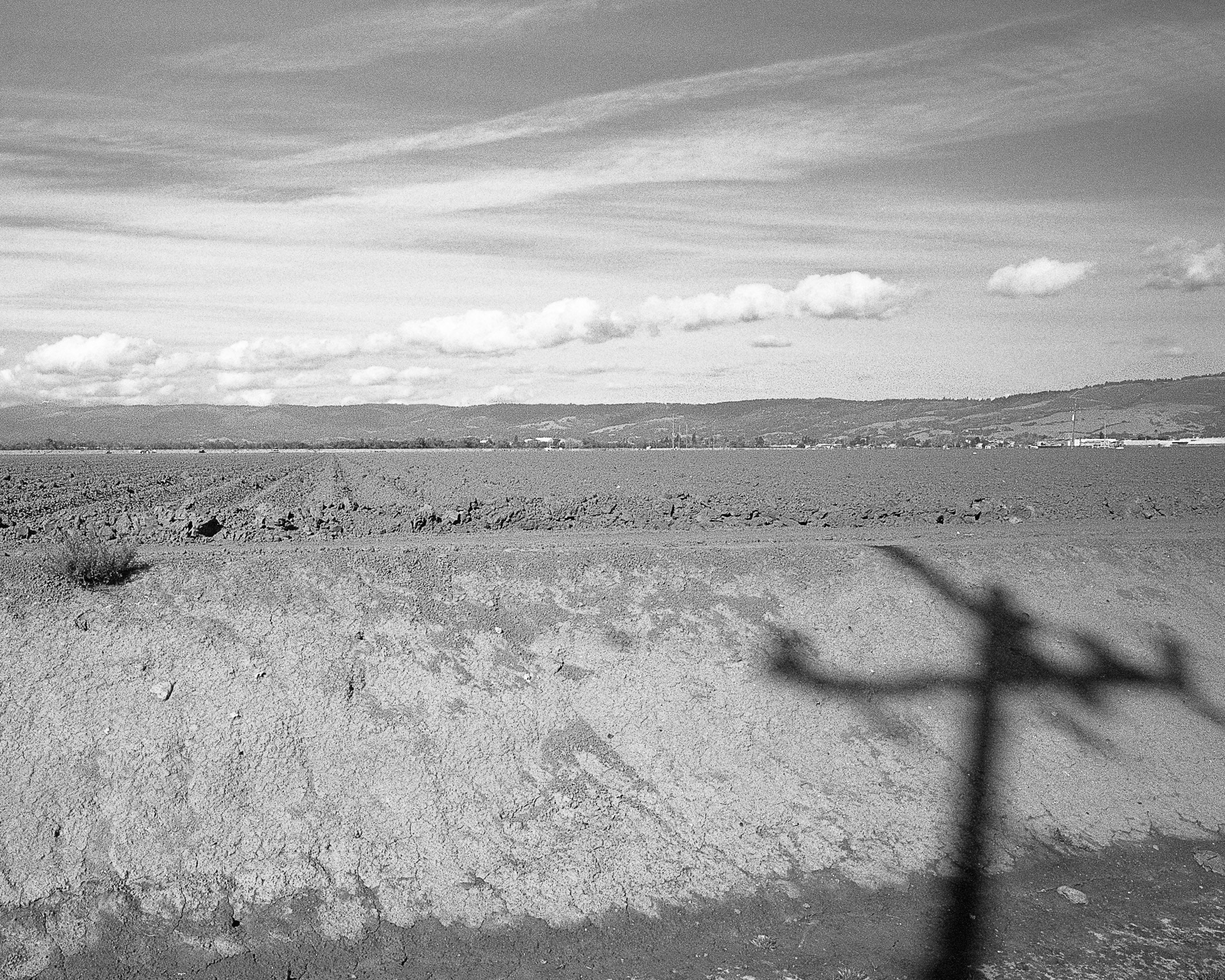 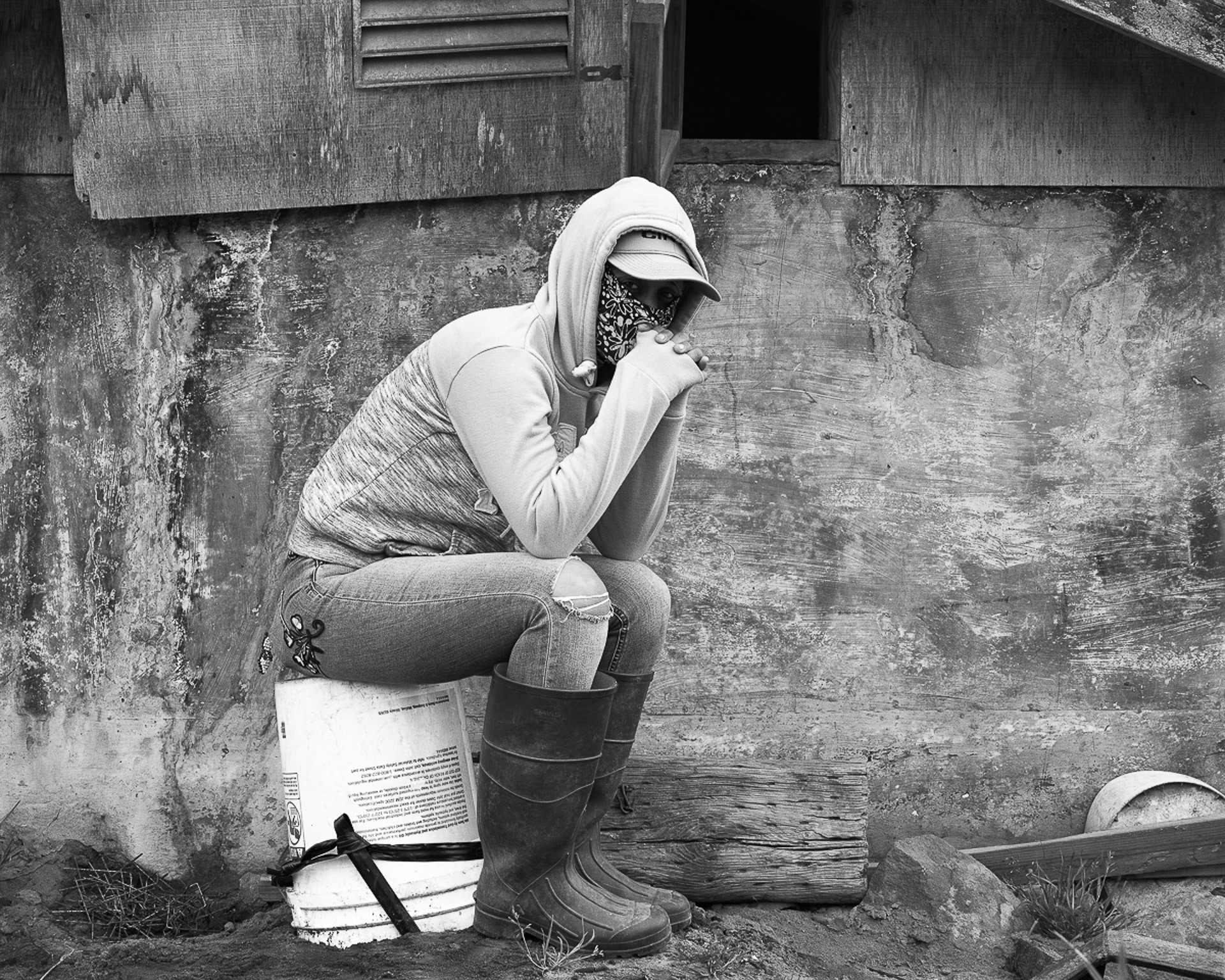 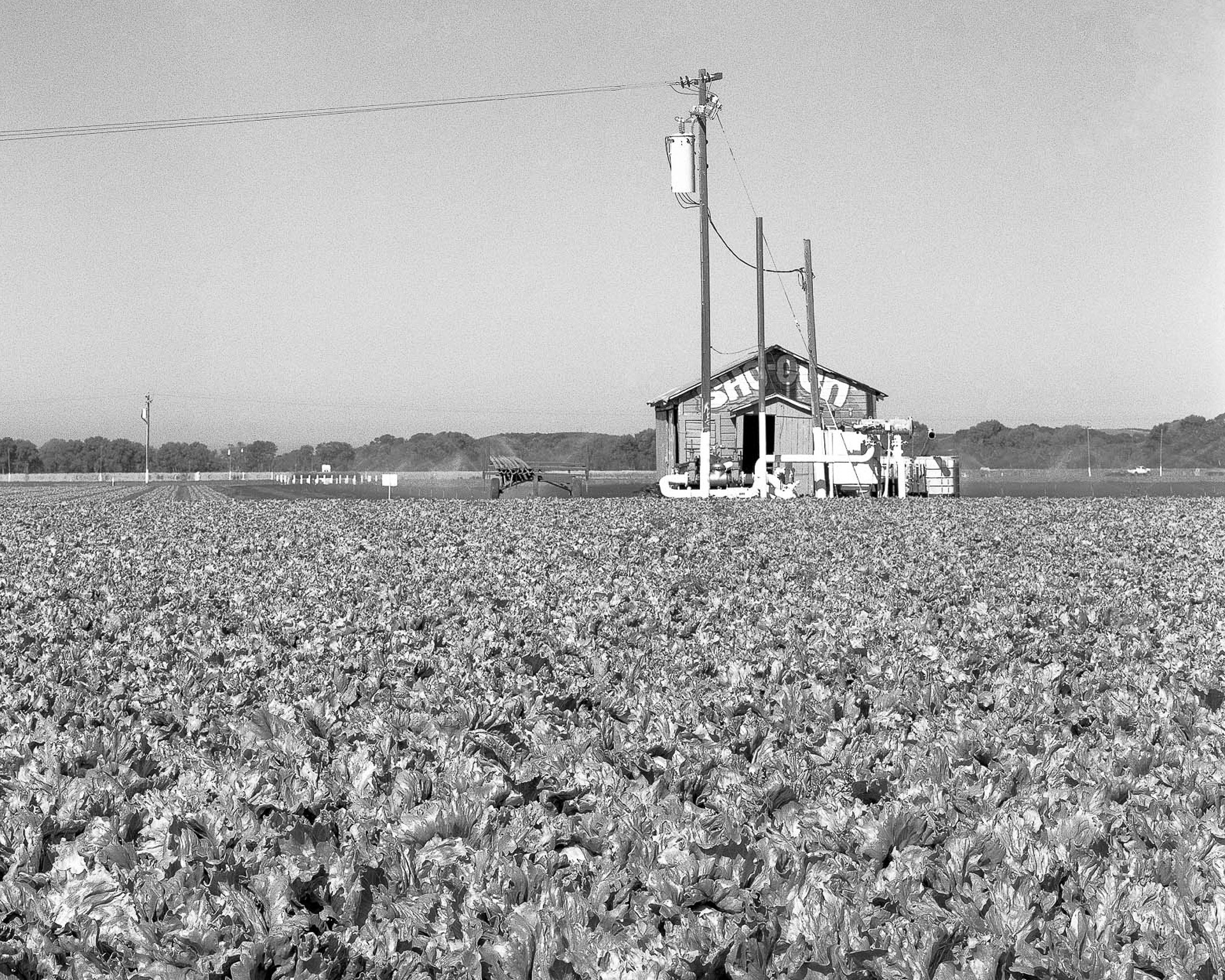 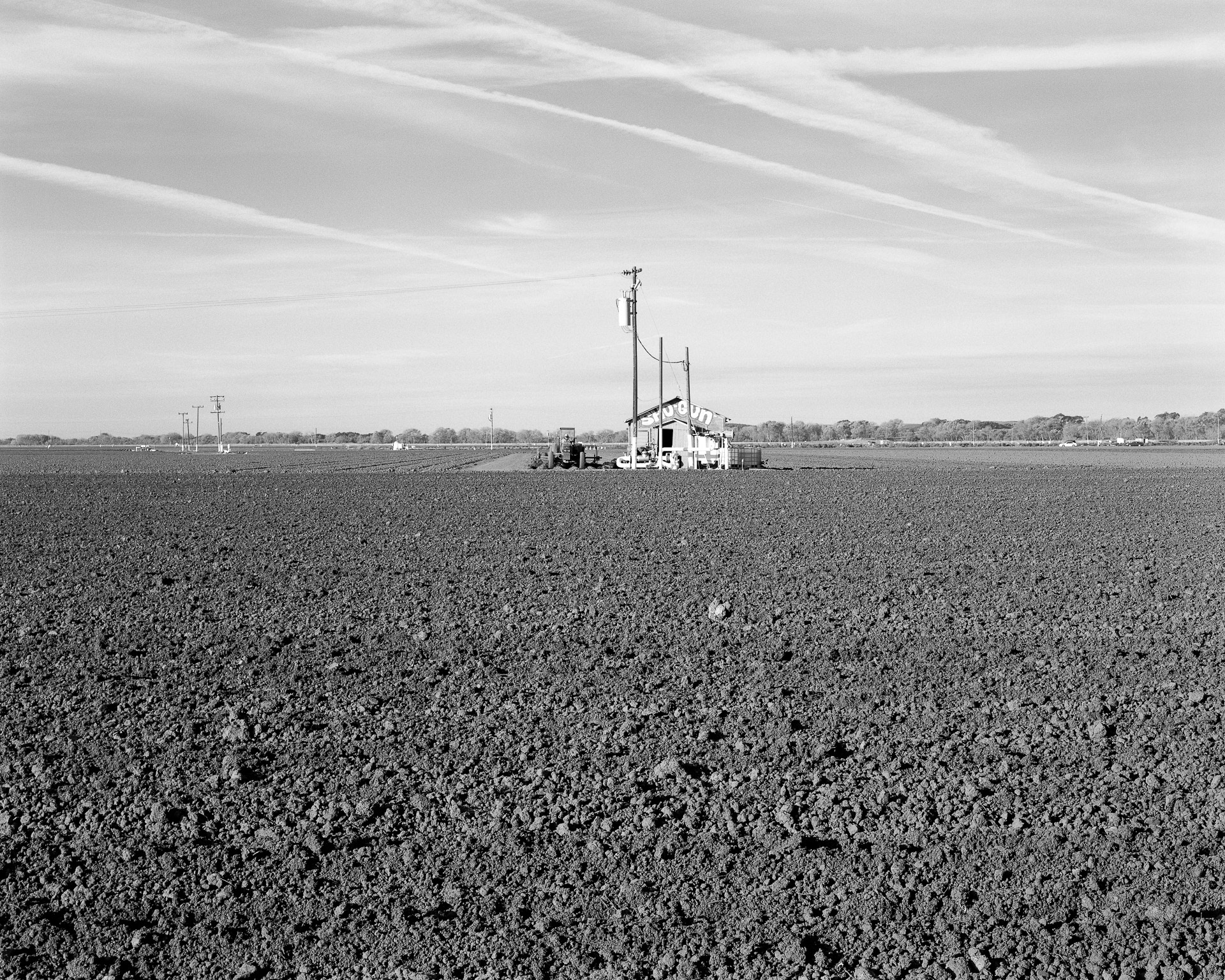 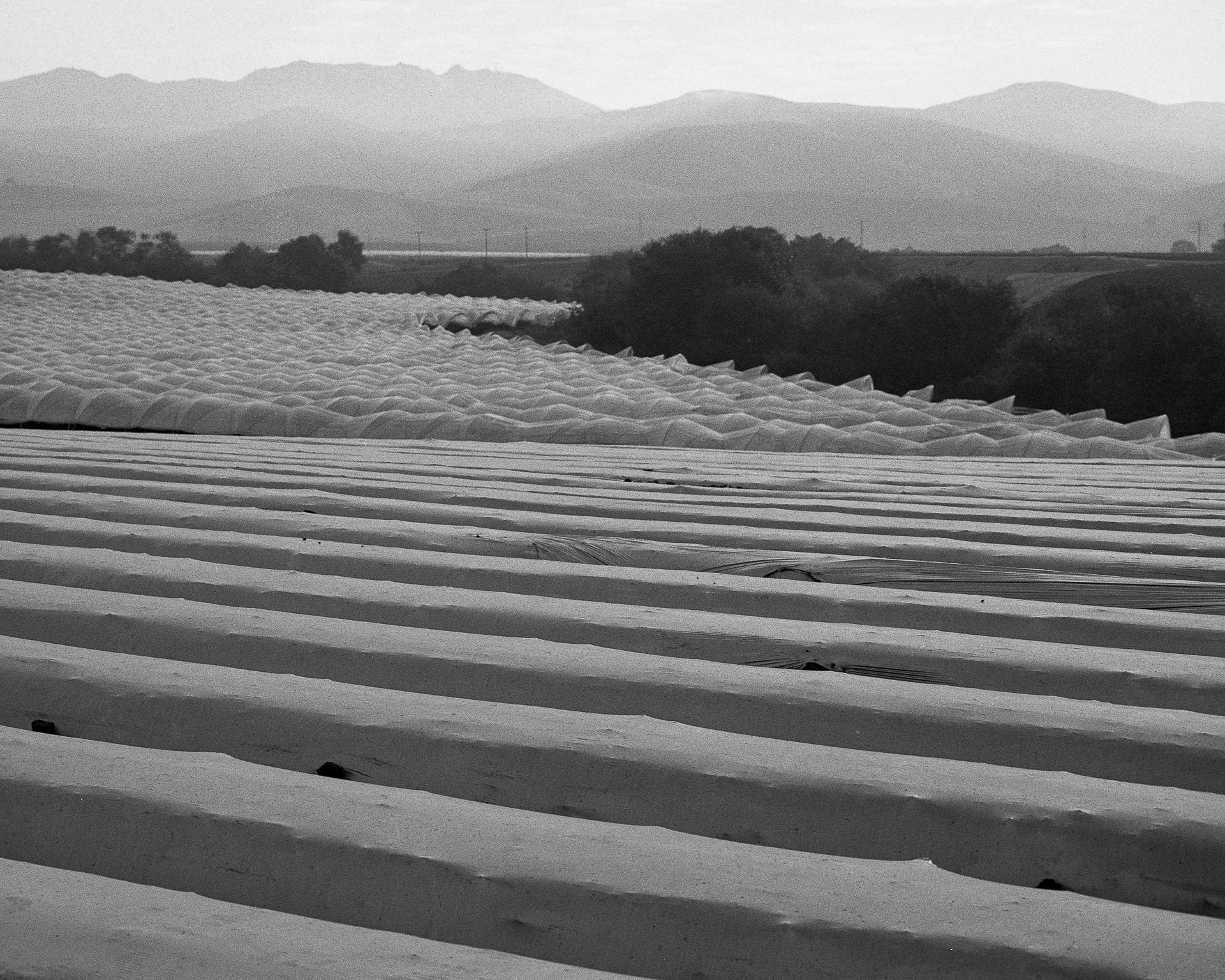 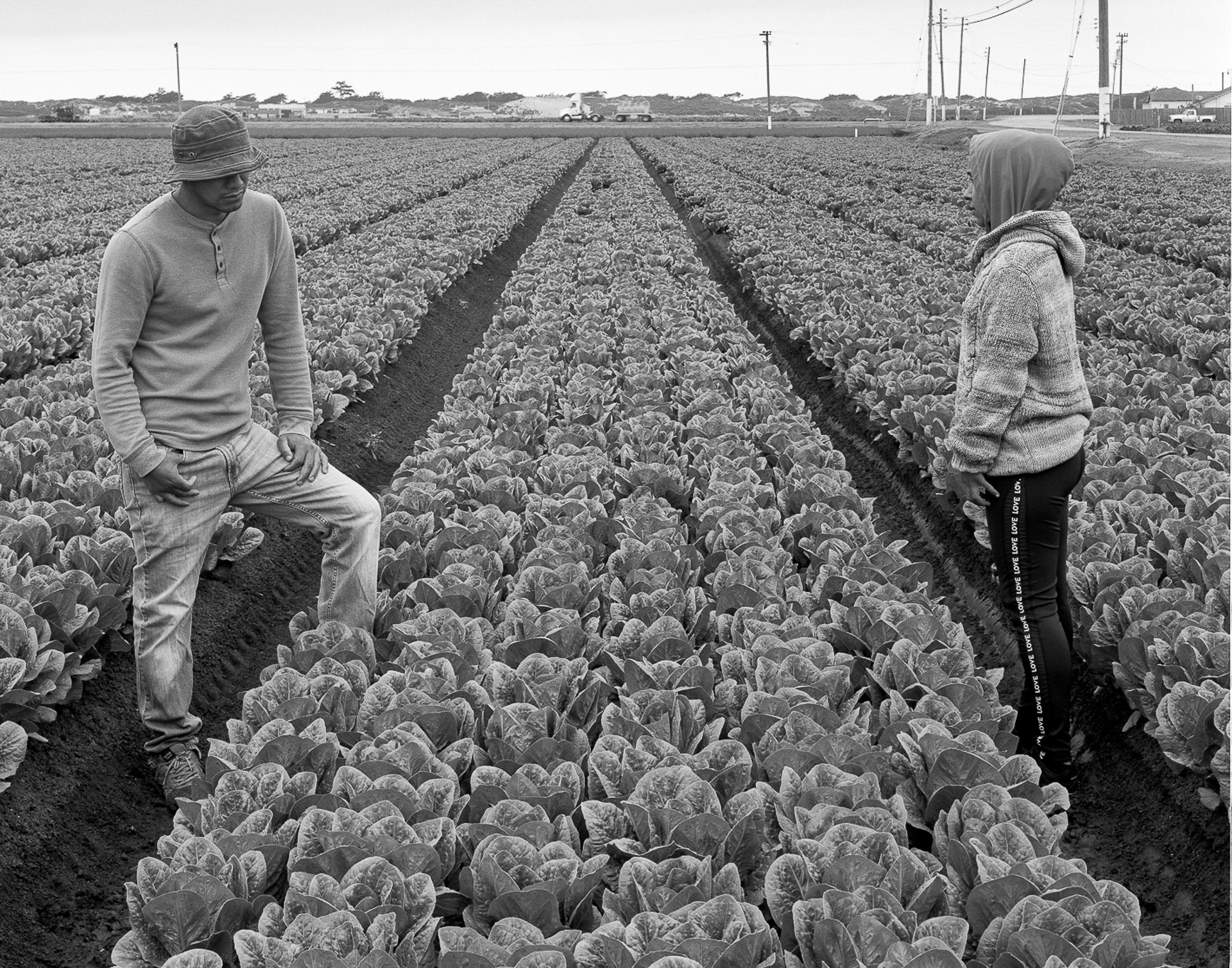 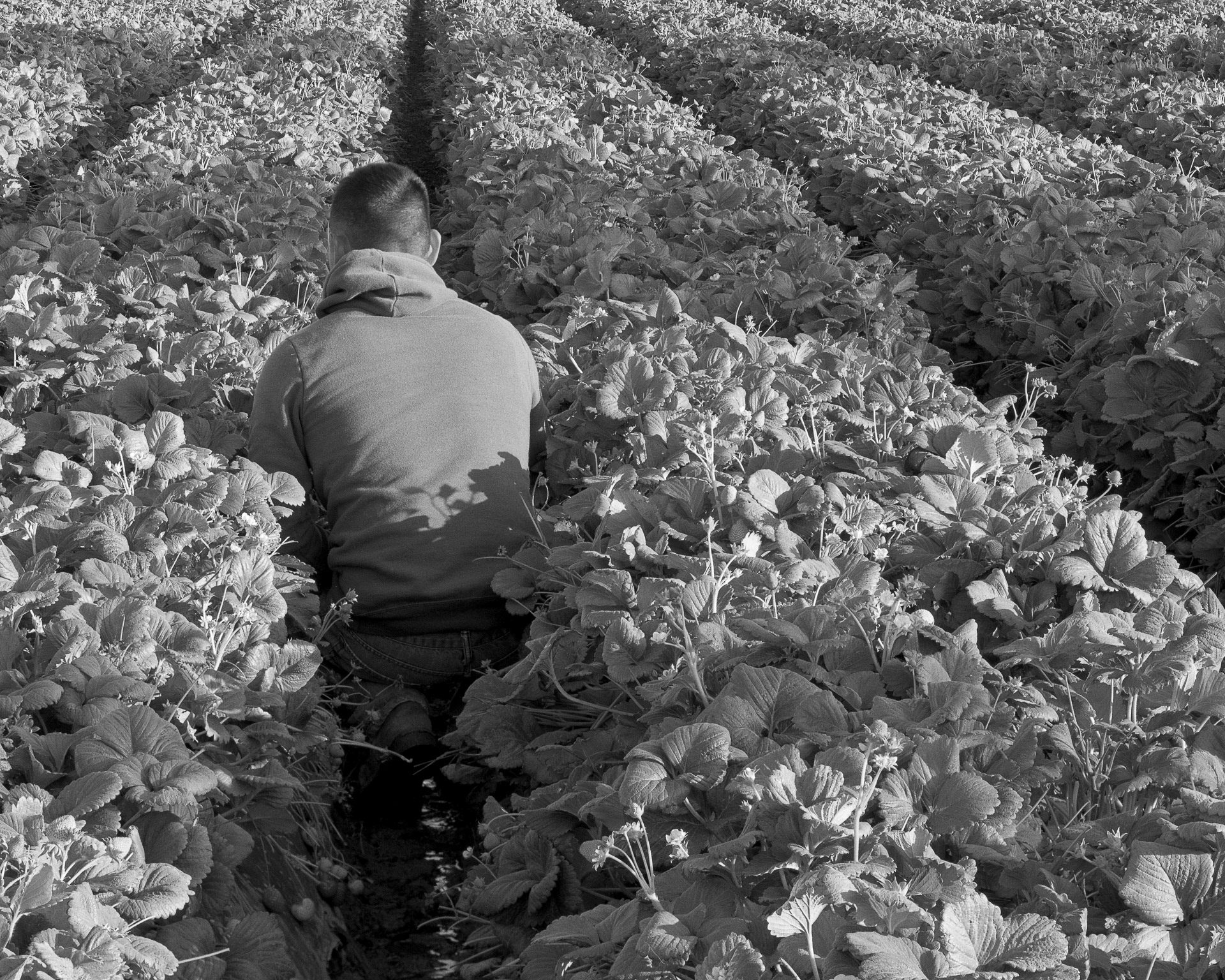 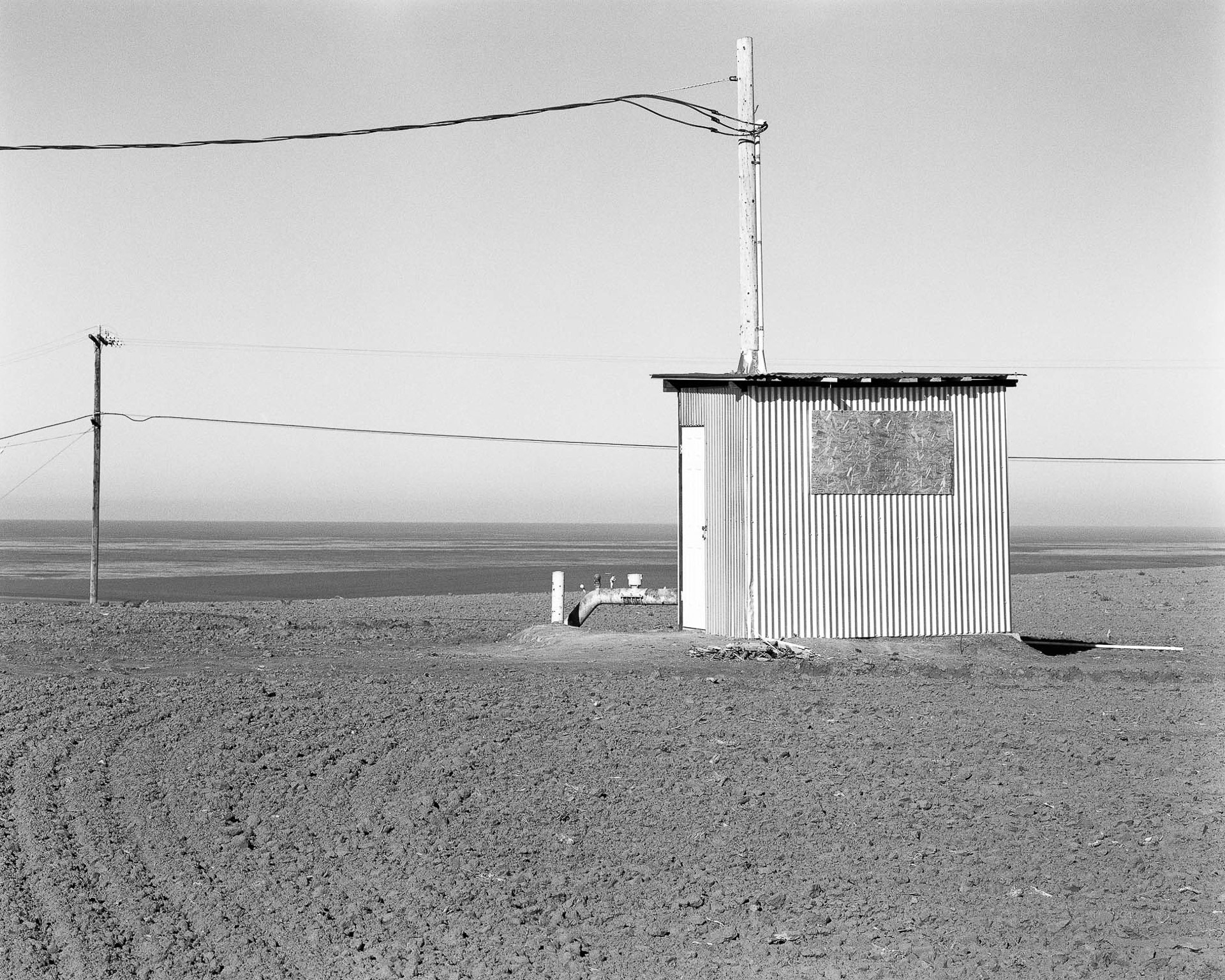 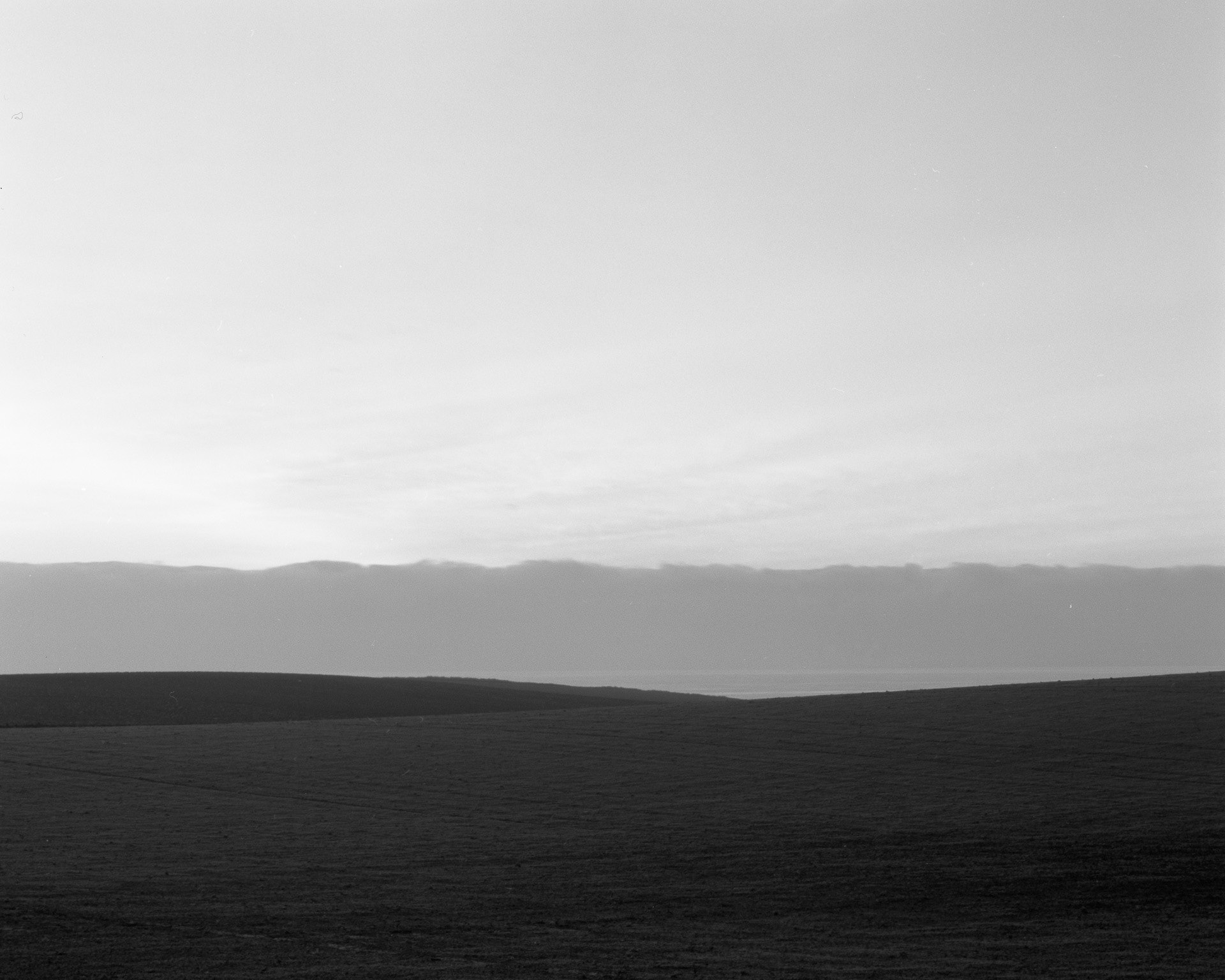 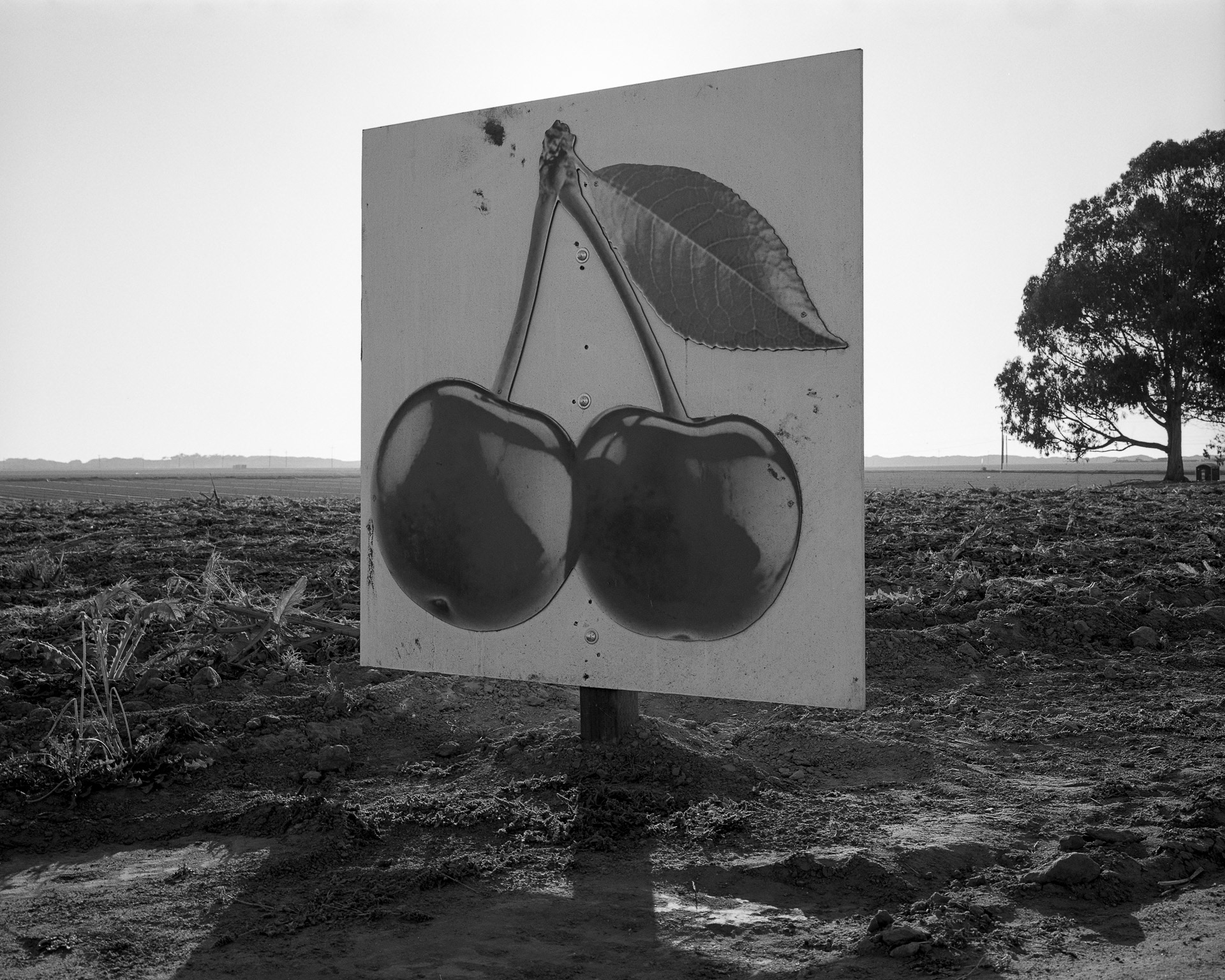 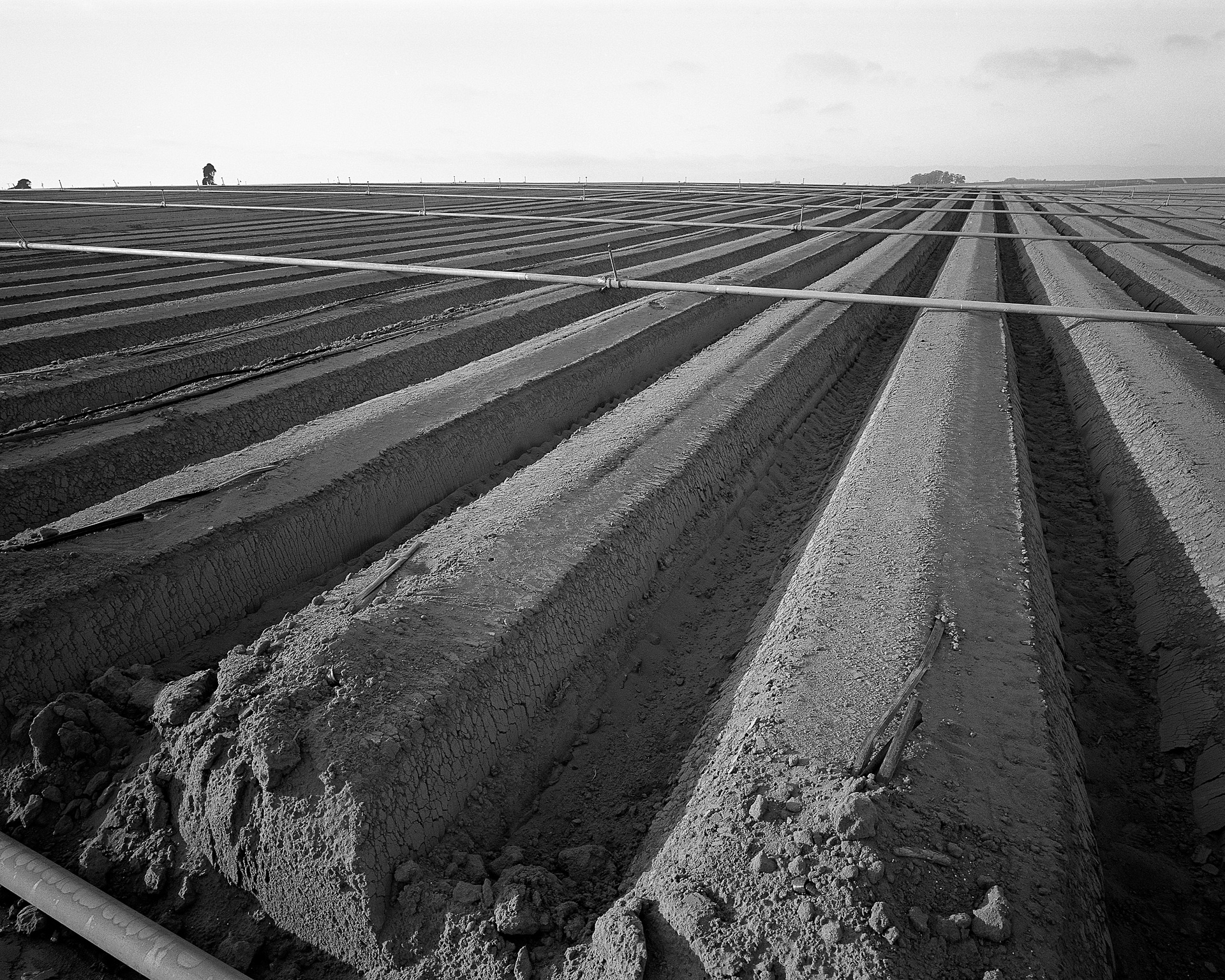 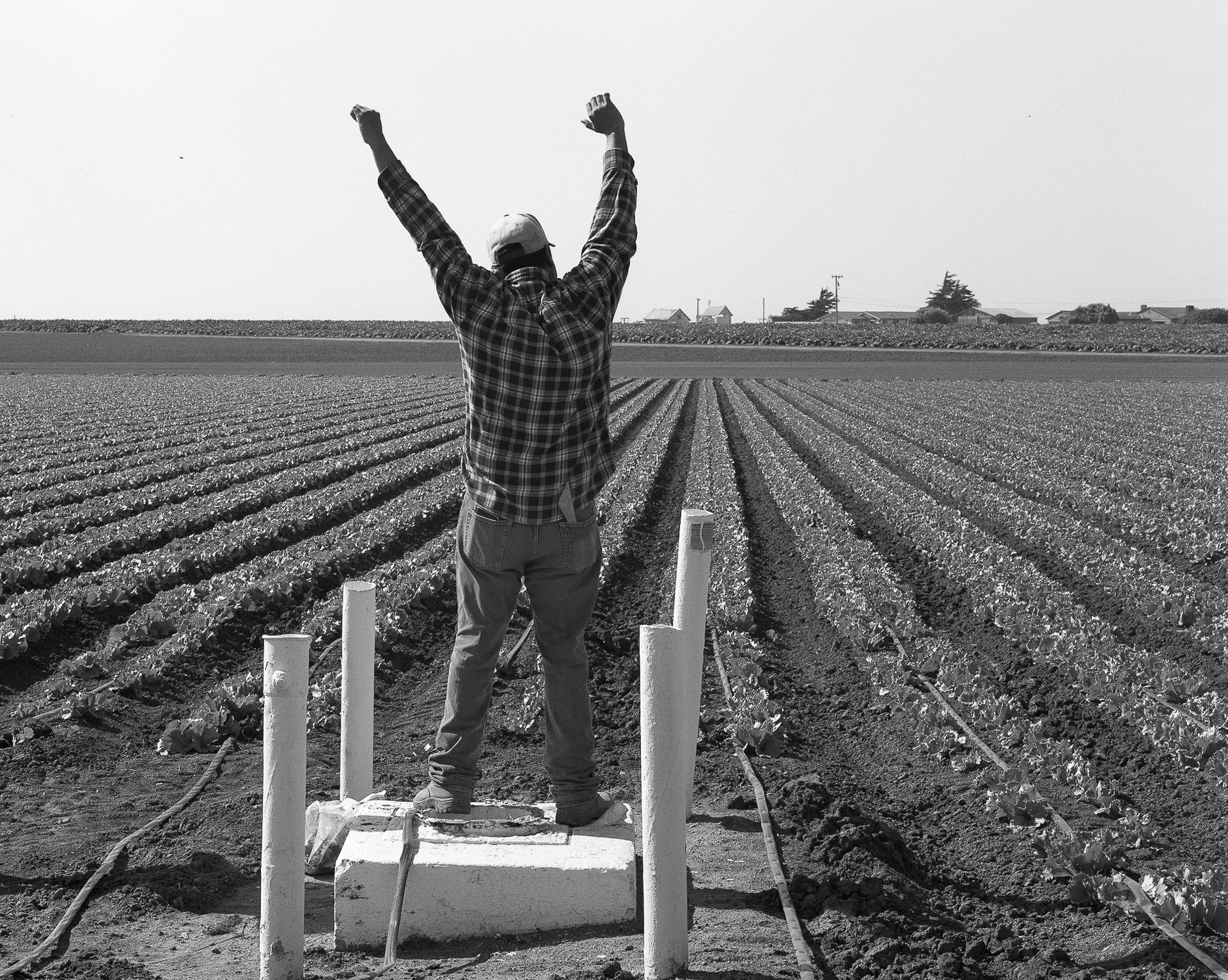 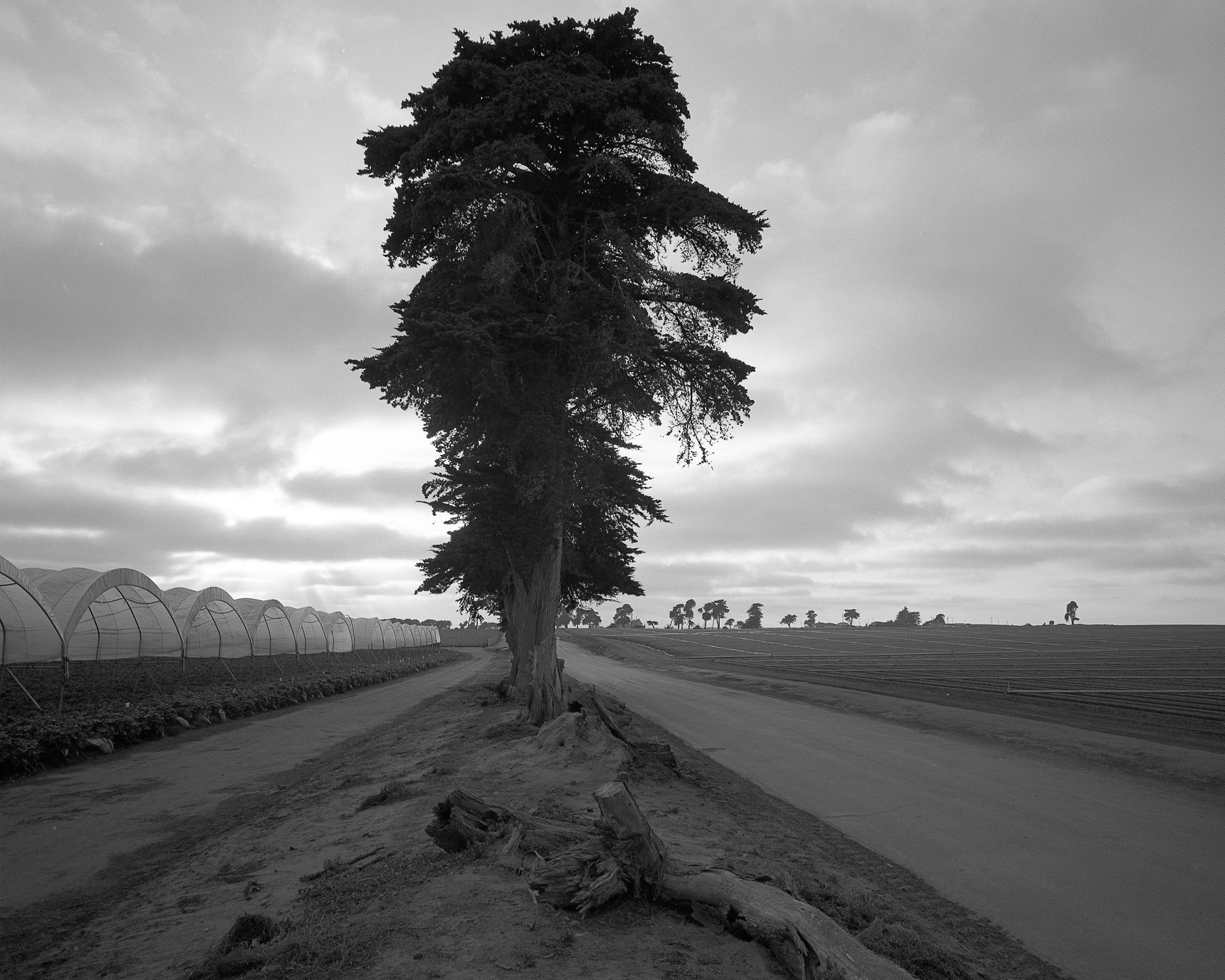 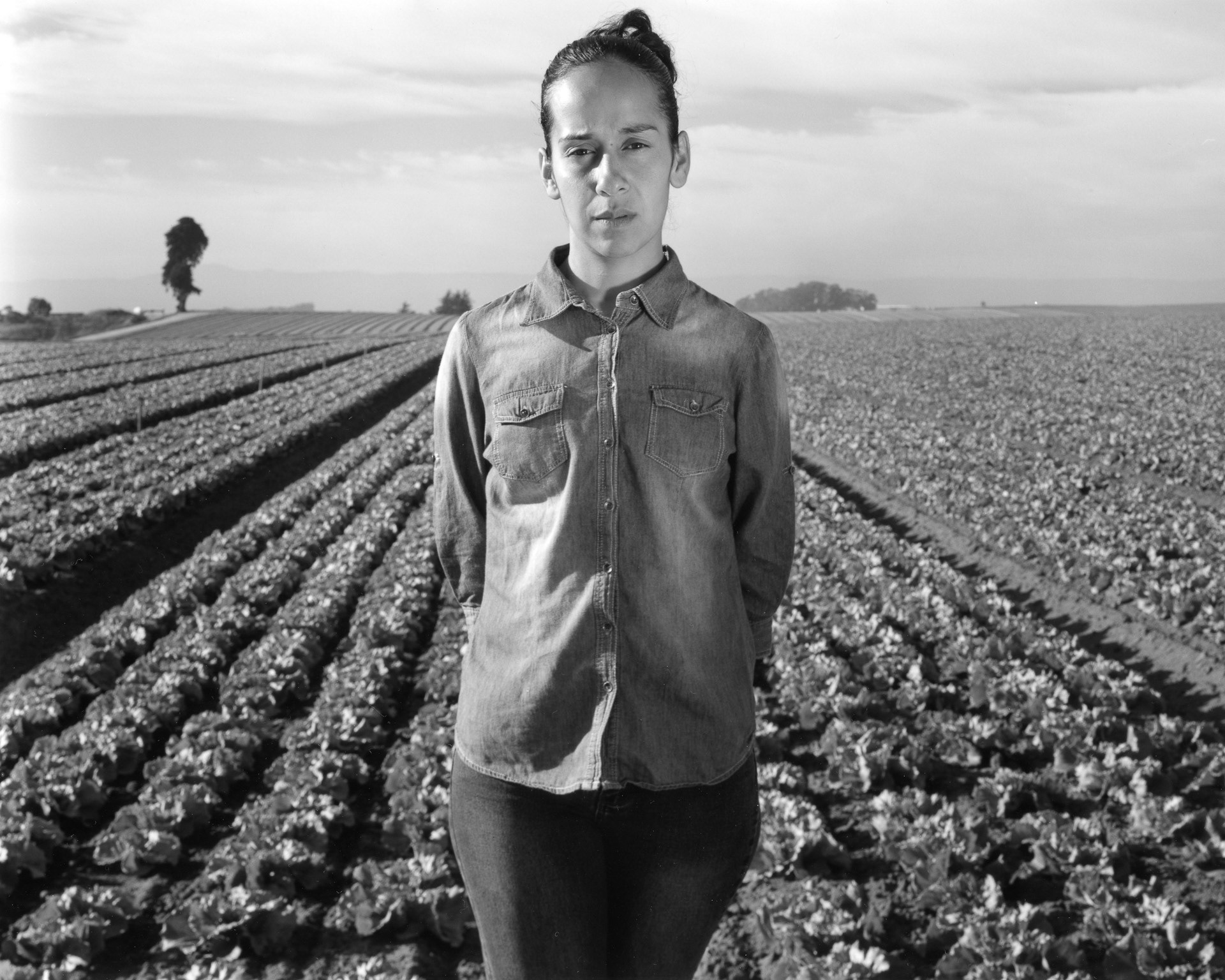 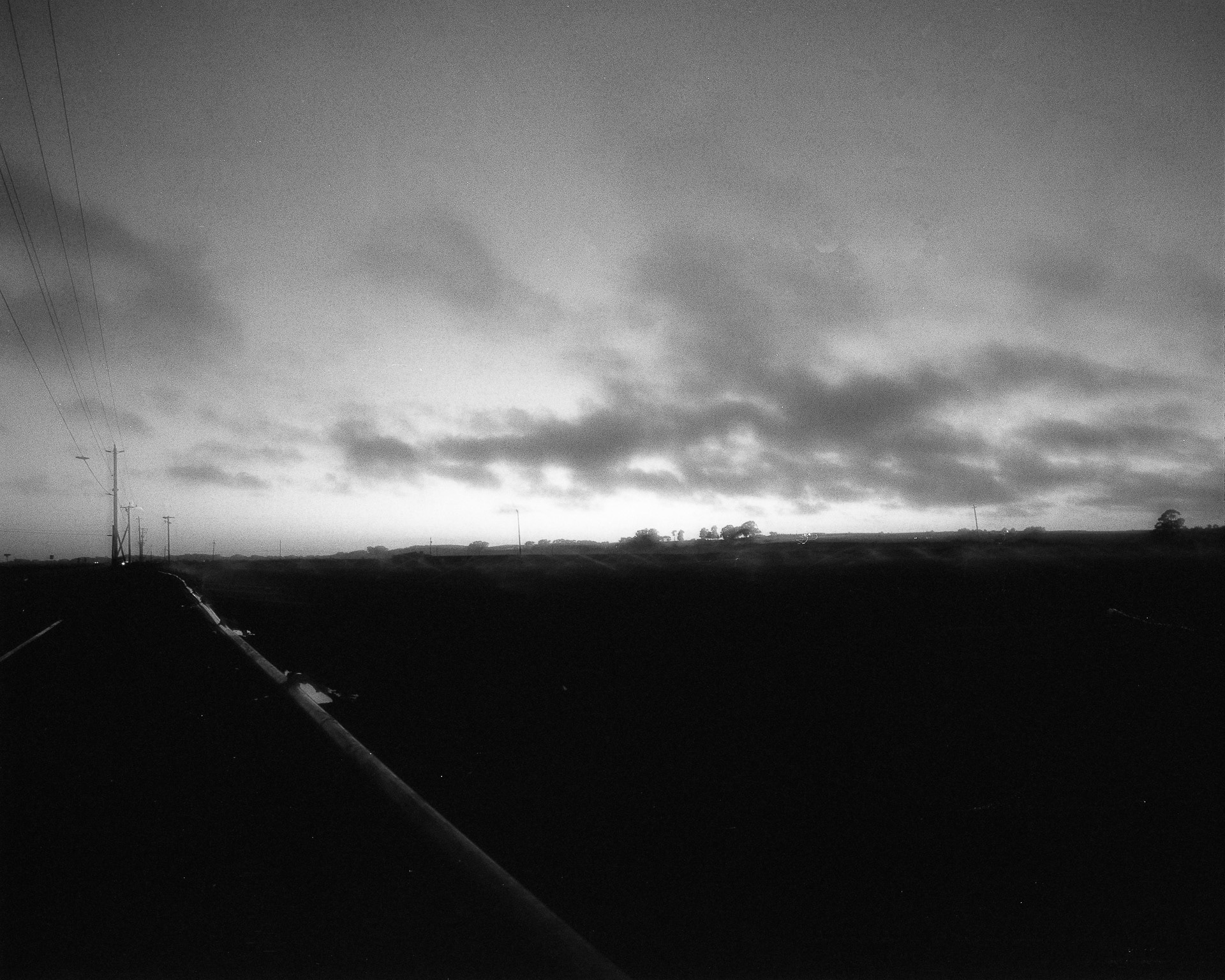 De la Luz
De la Luz, “of the light”, refers to the special light I experienced when photographing out in the fields. The crops, and more, unfold under the sun in full view. A search for the American dream is played out under this light as well.
The blurs, glimpsed from my car window and streaking by, were fields. Within these streaks, I knew that I was seeing figures, bent over or running. From afar, just like the fields, they were blurred forms, certainly anonymous. I never slowed to take these views in until I decided to stop one day and look at these unexamined scenes, barely perceived.
The fields and crops, laid out in geometric patterns, stretched as far as the eye could see; nature taken and manipulated, oddly beautiful. These vast expanses gave me a sense of freedom. I began photographing the idyllic landscapes with a large format camera and though the fields were windy, they were quiet and patiently shared their space with me. The fields were full of people by day yet eerily empty in the late afternoons. This solitude was welcome. I kept returning.
I also noticed evidence of rapidly passing time, faster than the seasons. Multiple plantings at an expected pace and a continuous rotation of crops are made possible by the temperate climate. The seasons change by stealth, cloaked by the fog and breeze. One day the fields were abundant and the next day they lay barren, shredded stalks revealed.
The fields took on a new light when I began to photograph the people that worked these lands. The gathering of the crops requires literally back-bending physical labor and the days are long, starting at dawn. In several portraits, a cloth covers the face, or the person looks away. This reflects their often anonymous status in society, while also perhaps masking an underlying fear and uncertainty.
As my exploration deepened, a shift occurred. These open landscapes, stretching to the horizon, were deceiving in their simplicity. Within these geometric patterns, I now saw lines, borders, and boundaries. It became clear that the sense of freedom, peace, and tranquility that I felt when photographing these areas was a luxury. It was my perception, not universal, and not shared by the people to whom it should matter most, to those that worked the land. And time, which for me had seemed to pass so quickly here, in truth held its breath waiting for change.